Anna and Oli’s Race & Religious wedding was something out of a fairy tale. It had a seemingly malevolent arc that would make you worry a bit about how the day will pan out, but Anna and Oli’s love for one another is undoubtedly something that even Disney couldn’t contrive. Despite raining cats and dogs all over their venue, decor and table runners Anna and Oli bore the rain and said I do while surrounded by their closest family and friends.

I always love learning about how two people came to desire spending every waking moment together, and so, I asked Anna and Oli how they knew the other was their person and they shared their answers below:

Anna – When Oli and I met while traveling in Europe one summer, there was an instant connection. I was immediately captivated by him. He was witty, smart, adorable, and our banter was on point. I had never felt so instantly drawn to someone before. Seeing as we lived on different continents, I didn’t think that anything more than friendship was possible. Well, Snapchats turned to WhatsApp conversations which turned into Skype sessions and before I knew it I was bearing my soul to someone thousands of miles away. We decided that our connection was one that we couldn’t ignore and we needed to meet again in person to determine if it was real, or if we were just romanticizing things in our head. And so I bought a plane ticket.

I was a bundle of nerves getting off the plane, but the second I saw his face I instantly felt at ease and all of my anxiety, what ifs and nervousness was gone. In this instant, I knew he COULD be the one. He’s been easing all my troubles ever since (a difficult task seeing as I’m more than a little high strung). After that day, it was a gradual process that confirmed that he was, indeed, the one for me. Lots of laughs, tears, travels, experiences, conversations, planning, an unfortunate bout of food poisoning in a hut in Costa rica, and a cross country trip in a TINY teardrop trailer solidified our love. Slowly, something that once seemed impossible became something I couldn’t imagine doing life without.

Oli – Knowing Anna was ‘the one’ for me was both immediate and gradual. I knew from the day I met her I wanted to get to know her better and I was drawn to her. My love for her has grown and is growing through every trip, adventure and every second I’m with her .We first met in a hostel in Budapest and we hit it off from the start. I vowed to send Anna a letter, which I did. Letters turned into Snapchat, Whatsapp and Skype. She made the long journey over to England to visit me and it was like living in a dream. After seeing Anna again in England, I realized that we HAD to make what we originally thought was impossible, possible.

I’ve always been independent and frankly used to like it that way, but Anna completely changed that. I very quickly found myself being obsessed with her. I’ve found myself opening up in a way I never thought I would to another person.  She’s funny, kind and is incredibly intelligent and compassionate, and I can’t remember what it was like without Anna in my life, nor do I want to!

We spent a lot of time going back and forth to England and America, with a lot of teary goodbyes. One summer we embarked on a road trip across America and when I left America, I knew the next time I returned I would ask Anna to marry me.

Race & Religious was the perfect setting for this incredible wedding day (and they also have a phenomenal draining system that ought to be noted more often). Anna looked like a princess thanks to Glam on Location and wore the most stunning gown by Hayley Paige. Her shoes (or should I say Choo’s) were out of this world… Oli was naturally wearing a wool suit by TM Lewin. Antigua Floral had the most diligent and hard-working team and made some serious magic alongside Firefly Ambience – both of which worked incredibly hard to make sure everything was set up despite the delay put on by the weather. The gorgeous tables and furniture were provided by LoveGood Rentals and Sweet Life Baker stole the show with their incredible shag cake. Ralph Brennan’s  kept everyone happy and well fed – so important. And of course, YESKATEYES kept the party going by perfectly mixing Oli’s love of Oasis throughout the dancefloor. 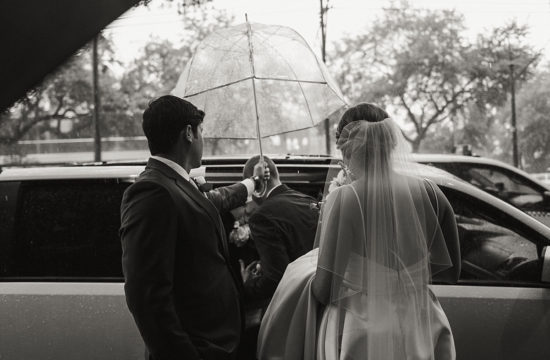 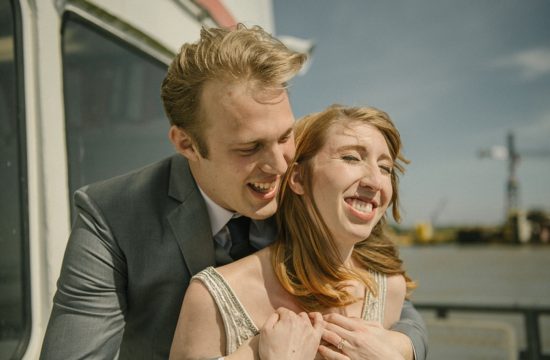 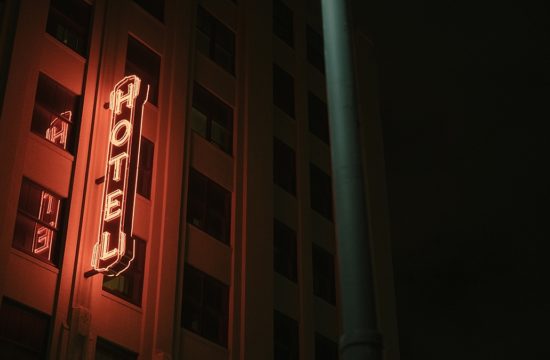